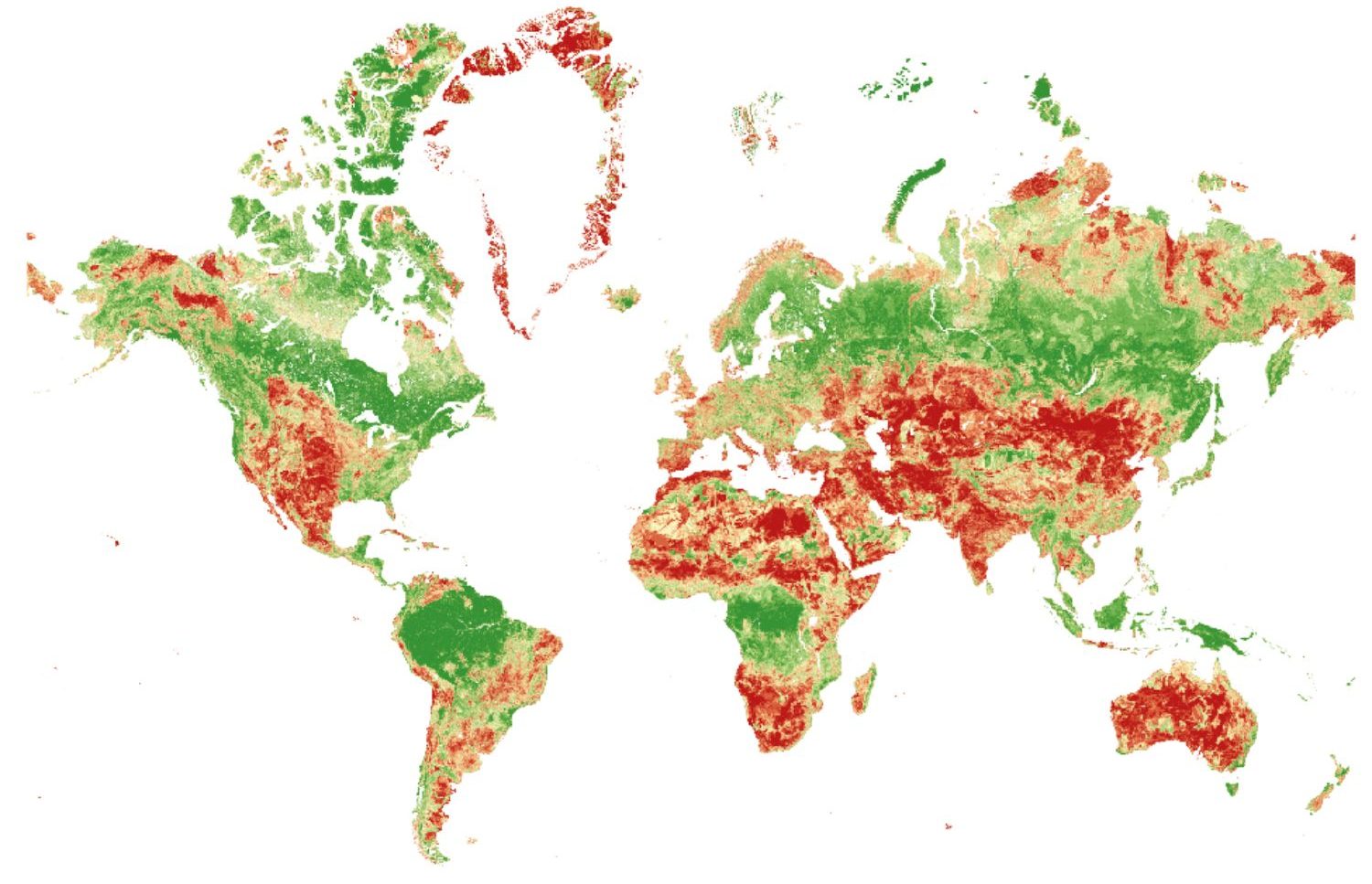 Among G20 economies, South Africa and Australia top the rankings of fragile Biodiversity and Ecosystems Services Index. The well-known impact of water scarcity is a driver for these countries, alongside factors such as coastal protection and pollination.

The full article can be found here: www.swissre.com/media/news-releases/nr-20200923-biodiversity-and-ecosystems-services.html 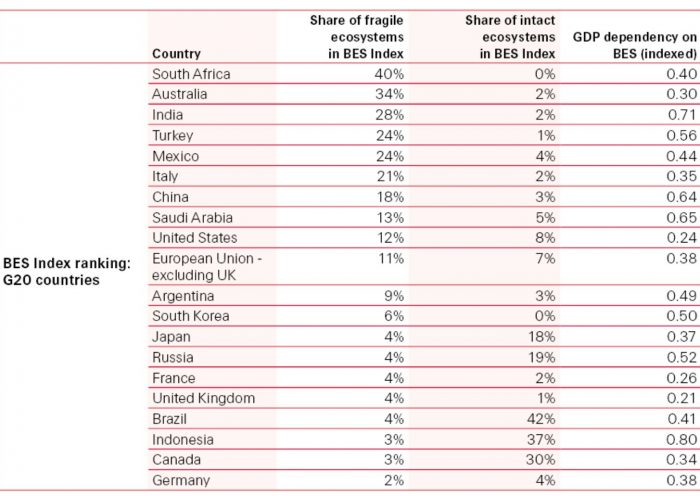 Table 1: G20 rankings for Swiss Re Institute BES.  We consider locations with high values of the SRI BES Index (upper 15th percentile globally) to be “intact” ecosystems with significant value for biodiversity and high capacity to provide ecosystem services. Locations with low BES values (lower 15th percentile globally) are considered to be “fragile” ecosystems that have suffered the effects of degradation.

One-fifth of the world’s countries are at risk of their ecosystems collapsing because of the destruction of wildlife and their habitats, according to an analysis by the insurance firm Swiss Re.

Natural “services” such as food, clean water and air, and flood protection have already been damaged by human activity.

More than half of global GDP – $42tn (£32tn) – depends on high-functioning biodiversity, according to the report, but the risk of tipping points is growing.

Countries including Australia, Israel and South Africa rank near the top of Swiss Re’s index of risk to biodiversity and ecosystem services, with India, Spain and Belgium also highlighted. Countries with fragile ecosystems and large farming sectors, such as Pakistan and Nigeria, are also flagged up.

Countries including Brazil and Indonesia had large areas of intact ecosystems but had a strong economic dependence on natural resources, which showed the importance of protecting their wild places, Swiss Re said.

“A staggering fifth of countries globally are at risk of their ecosystems collapsing due to a decline in biodiversity and related beneficial services,” said Swiss Re, one of the world’s biggest reinsurers and a linchpin of the global insurance industry.

“If the ecosystem service decline goes on [in countries at risk], you would see then scarcities unfolding even more strongly, up to tipping points,” said Oliver Schelske, lead author of the research.

Jeffrey Bohn, Swiss Re’s chief research officer, said: “This is the first index to our knowledge that pulls together indicators of biodiversity and ecosystems to cross-compare around the world, and then specifically link back to the economies of those locations.”

The index was designed to help insurers assess ecosystem risks when setting premiums for businesses but Bohn said it could have a wider use as it “allows businesses and governments to factor biodiversity and ecosystems into their economic decision-making”.

The UN revealed in September that the world’s governments failed to meet a single target to stem biodiversity losses in the last decade, while leading scientists warned in 2019 that humans were in jeopardy from the accelerating decline of the Earth’s natural life-support systems. More than 60 national leaders recently pledged to end the destruction.

The Swiss Re index is built on 10 key ecosystem services identified by the world’s scientists and uses scientific data to map the state of these services at a resolution of one square kilometre across the world’s land. The services include provision of clean water and air, food, timber, pollination, fertile soil, erosion control, and coastal protection, as well as a measure of habitat intactness.

Among the G20 leading economies, South Africa and Australia were seen as being most at risk, with China 7th, the US 9th and the UK 16th.

Alexander Pfaff, a professor of public policy, economics and environment at Duke University in the US, said: “Societies, from local to global, can do much better when we not only acknowledge the importance of contributions from nature – as this index is doing – but also take that into account in our actions, private and public.”

Pfaff said it was important to note that the economic impacts of the degradation of nature began well before ecosystem collapse, adding: “Naming a problem may well be half the solution, [but] the other half is taking action.”

Swiss Re said developing and developed countries were at risk from biodiversity loss. Water scarcity, for example, could damage manufacturing sectors, properties and supply chains.

Bohn said about 75% of global assets were not insured, partly because of insufficient data. He said the index could help quantify risks such as crops losses and flow