Home » About Us » Our History

The emergence and development of The Association for Water and Rural Development (AWARD) coincided with South Africa’s transition to democracy. The organisation’s work began as a response to the need for a multidisciplinary rural research centre that could respond to the problems of rural development within the context of a rapidly changing South Africa. 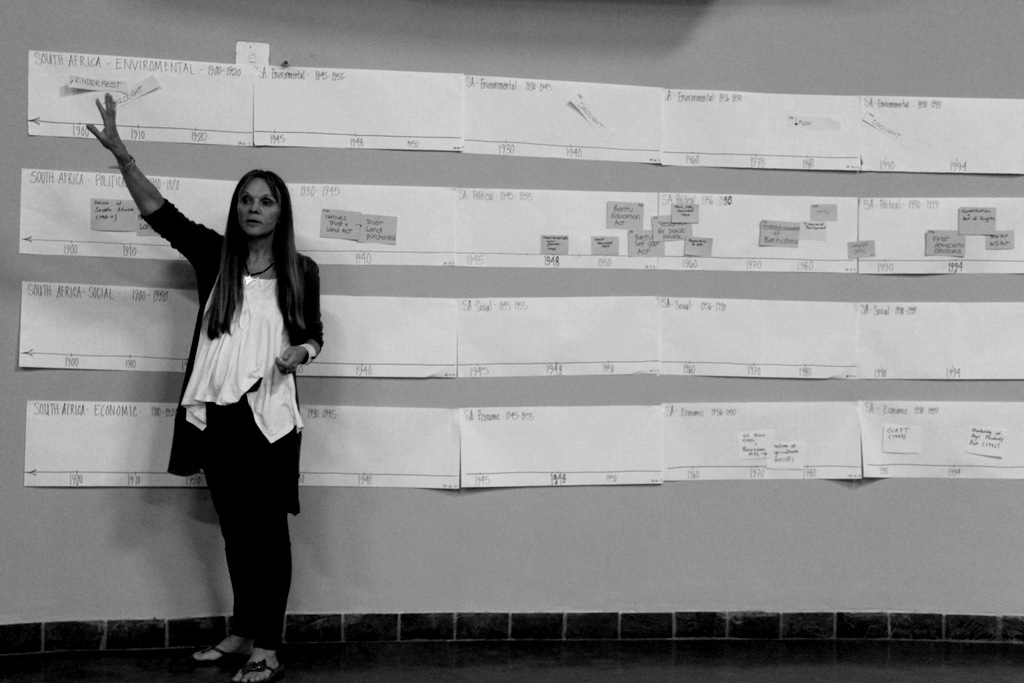 One of AWARD’s director’s, Sharon Pollard, developing a time line to track key events in South Africa’s history that have affected resource management.

In mid-1993 a series of village water projects were approved, from which point AWARD has been shaped by the context in which it evolved; from the severe drought of 1992 to staff inputs and ideas – across engineering, social and environmental issues –that required integration in the transition to democracy. By 1996 a programme that integrated the village projects with the Water Information Project efforts at Wits Rural Facility was launched, and in 1998 AWARD was established as an independent Section 21 Company.

Since then, the organisation has interacted with and influenced institutional changes and in turn, contributed and responded to the evolution of change in context, continuing to grow and respond to the challenges of our time in innovative and effective ways.

Key moments in the organisation’s history include:

You can read an account of AWARD’s first 10 years of operation here, when the emergence and development of the organisation took place alongside South Africa’s transition to democracy, from 1993 to 2003. This period was been characterised by a major upheaval in all of the governing frameworks – from the constitution to the various policies that underscored the country’s commitment to a new, free and fair country.