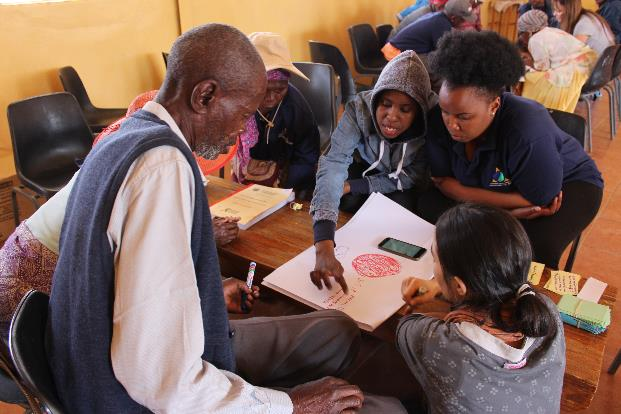 The Dialogues for Climate Change Literacy and Adaptation (DICLAD) project showcases a new approach for making climate change “everyone’s business”. In this regard, we embed climate change (CC) into other AWARD projects through facilitating climate change dialogues and thinking about impacts and adaptation options.

The innovation here is designing systemic dialogues around people’s areas of focus, values and interests, allowing them to construct new meaning from what is relevant to them. The project makes an important contribution to the emerging science of effective climate change communication, by providing an example of a process that is embedded in rural development projects rather than as a stand-alone intervention, and which focuses on adaptation, often more relevant in developing country contexts.