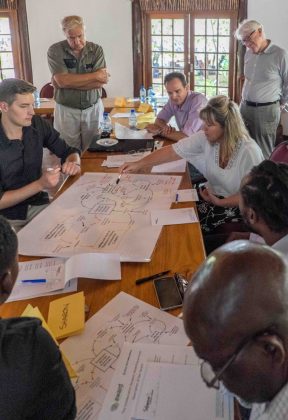 In 2015 RESILIM-O initiated an innovative approach to support climate change planning and action using a collaborative process that helps stakeholders build a systemic picture of how things are linked in an area of concern then explore how change reverberates through the system. The process was named Collaborative Dynamic Modelling (or ‘CoDyM’ for short). The overall objectives of CoDyM were:

AWARD piloted the CoDyM process in the Selati sub-catchment in the lower third of the South African portion of the Olifants River Catchment between November 2015 and November 2016. The concerns around water security in the Selati were primarily around effluent discharged from the Phalaborwa region, which enters the lower reaches of the Selati River and thereafter flows into the lower Olifants with significant impacts on water quality. The two main sources of this effluent are waste-water treatment works (WWTW) and seepage and spills from the Phalabowa Mining and Industrial Complex.

In order to collaboratively develop an understanding of the problem, the AWARD CoDyM team ran individual workshops and ‘working sessions’ and then cumulatively brought together stakeholders first within sectors – specifically mining, conservation, agriculture, and waste-water treatment and management – and thereafter on a cross-sectoral basis as a multi-stakeholder workshop (see Figure 1).

Figure 1: Pictures from the multi-stakeholder workshop hosted by AWARD in Phalaborwa on the 3rd November 2016 (as the culmination of the CoDyM pilot project).

Different levers for change were considered as part of the CoDyM process in order to explore how (and when) stakeholders need to act to reduce the Selati’s impact on biodiversity (and associated economies and ecosystem services) within Kruger National Park, especially under conditions of climate change. These different levers are related to the variables modelled through the CoDyM process in the causal loop diagram (CLD) illustrated in Figure 2. 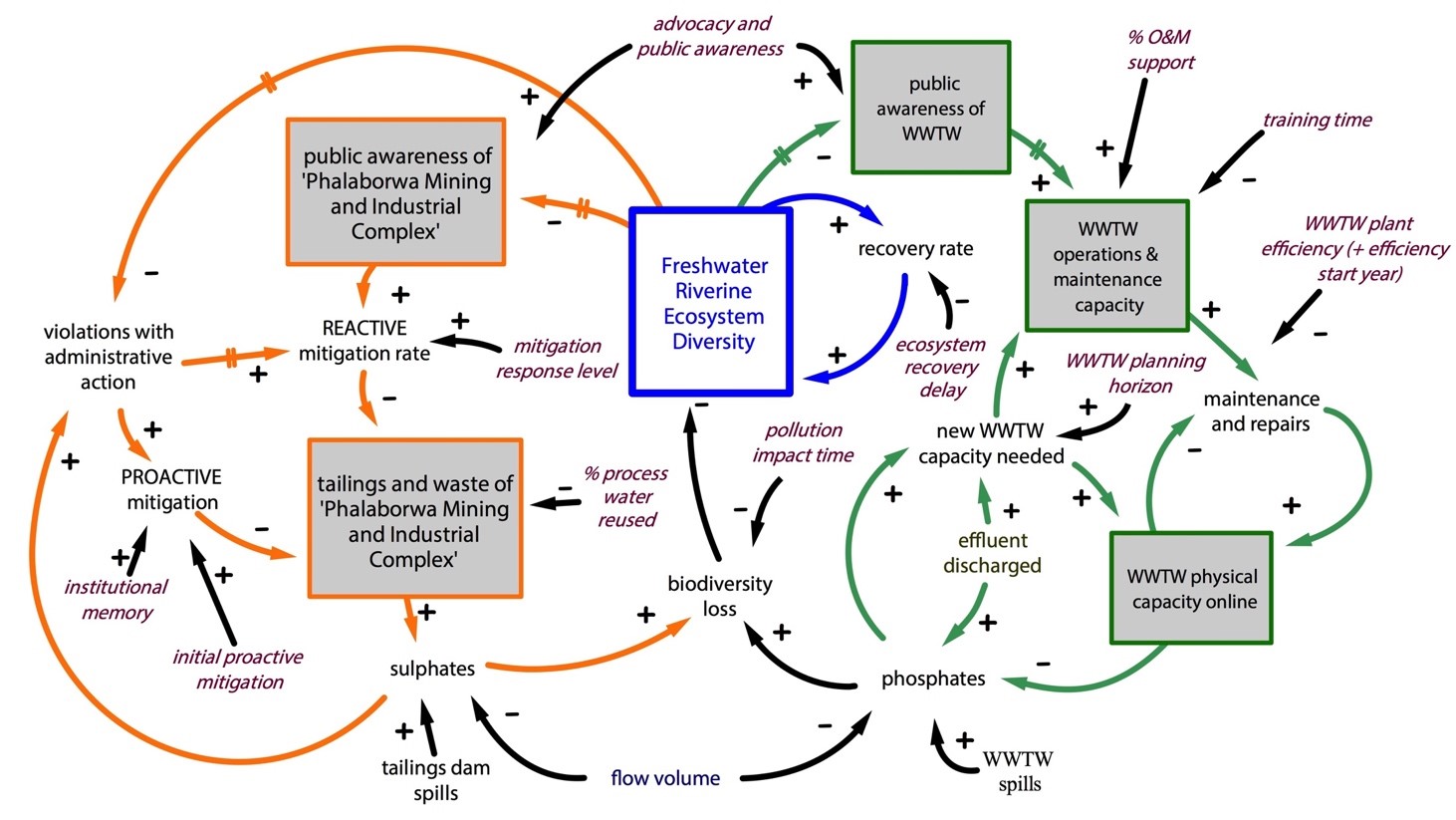 Figure 2: The causal loop diagram (CLD) developed through the CoDyM pilot project in the Selati sub-catchment. 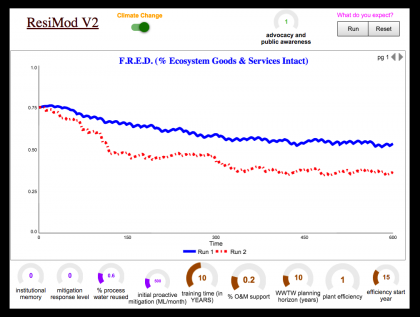 A system dynamics-based simulation model – called ResiMod – was developed alongside the engagement process and the qualitative causal loop diagram. By having a common model of the problem situation – and displaying a broad series of interventions – stakeholders were able to adjust inputs and simulate system responses, both as they impacted their sector and as they impacted other, interdependent sectors (see Figure 3).

The CoDyM process successfully gained stakeholders’ active participation in scenario thinking and strategic planning (and was formally evaluated as one of the P-MERL case studies for 2016). Although external circumstances reduced the ability to further the work, the pilot project has continued to inform other aspects of AWARD’s work and is currently being written up both for academic publication and in a handbook/guideline format.